Tyrant Farms is reader-supported. When you buy through links on our site, we may earn an affiliate commission. Learn more

For some odd reason, our parents have gotten the impression that we like good food. We have no idea why. 🙂

Thus, whenever a birthday or a holiday rolls around, the majority of the presents we get are edible. For instance, at Christmas, we were gifted a 5 pound bag of organic Royal White quinoa from Food to Live By. We liked it so much, we’ve since bought several more bags.

We grow lots of unusual foods in our garden and on Oak Hill Cafe’s Farm. Plus, we’re always in search of new and unusual foods from around the world. So we’re pretty familiar with quinoa, especially given that it’s been making lots of headlines in recent years as a superfood with the potential to yield as much per acre as common grains (wheat, corn, etc) but offer superior nutritional benefits (more protein, vitamins, and minerals).

Unfortunately, our climate does not allow us to grow quinoa very well here (it’s native to high altitude regions in the Andes Mountains of South America), but we have grown its close relative, amaranth.

Each quinoa grain is tiny, roughly the size of a freckle. Often, it’s prepared like rice: cooked in water to enlarge and soften the starch, then flavored or covered with a sauce. 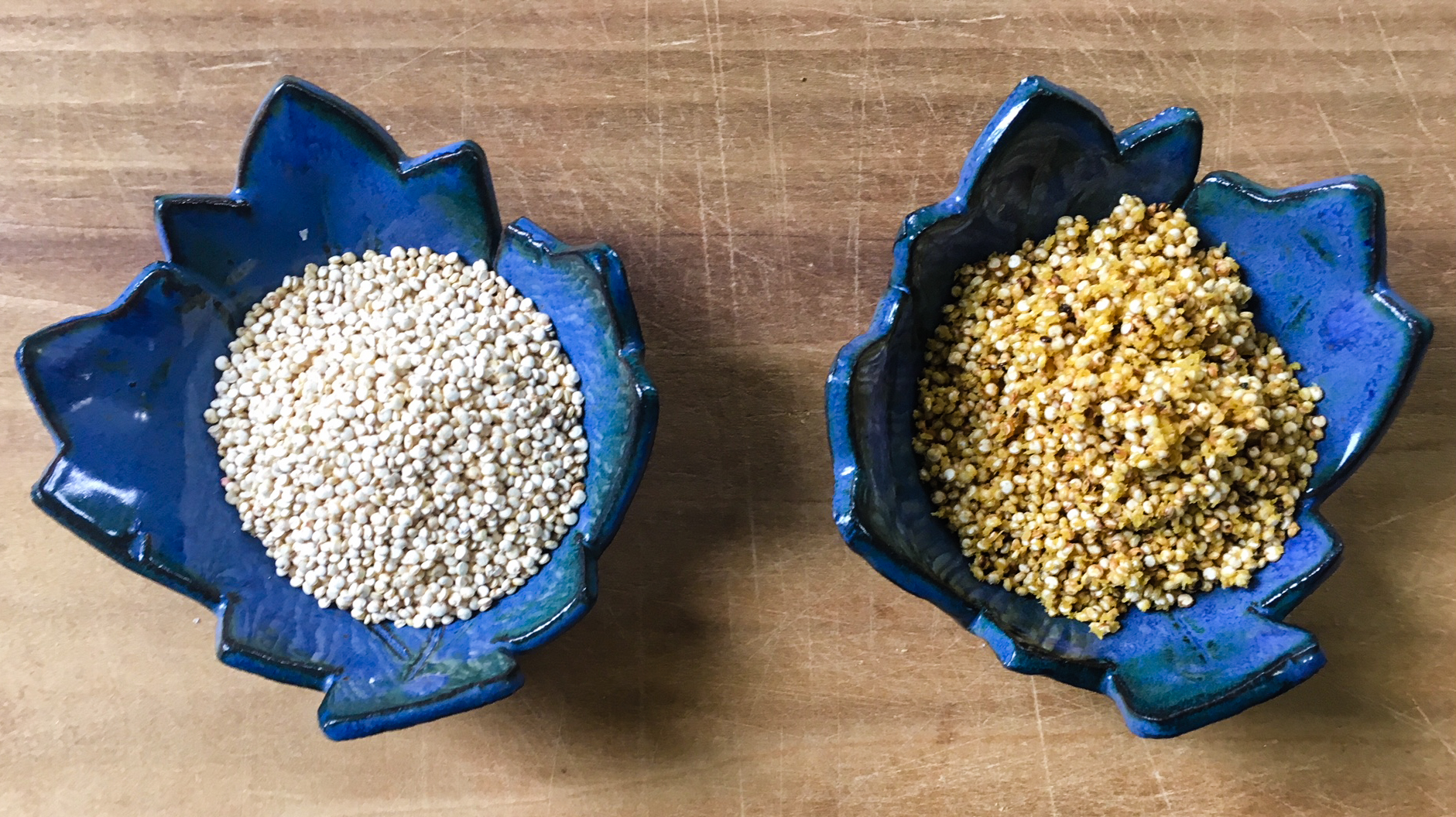 Popped is our favorite way to eat quinoa. We like having popped quinoa around as a snack, sprinkled on salad, or using it as a small side at dinner.

The Tyrant has been experimenting with this recipe for months to get the perfect flavor combination. Not to worry: this recipe is super simple (4 ingredients) and only takes about 10 minutes to make.

The secrets to making it turn out great are: 1) timing (follow the instructions below), and 2) using really good ingredients. 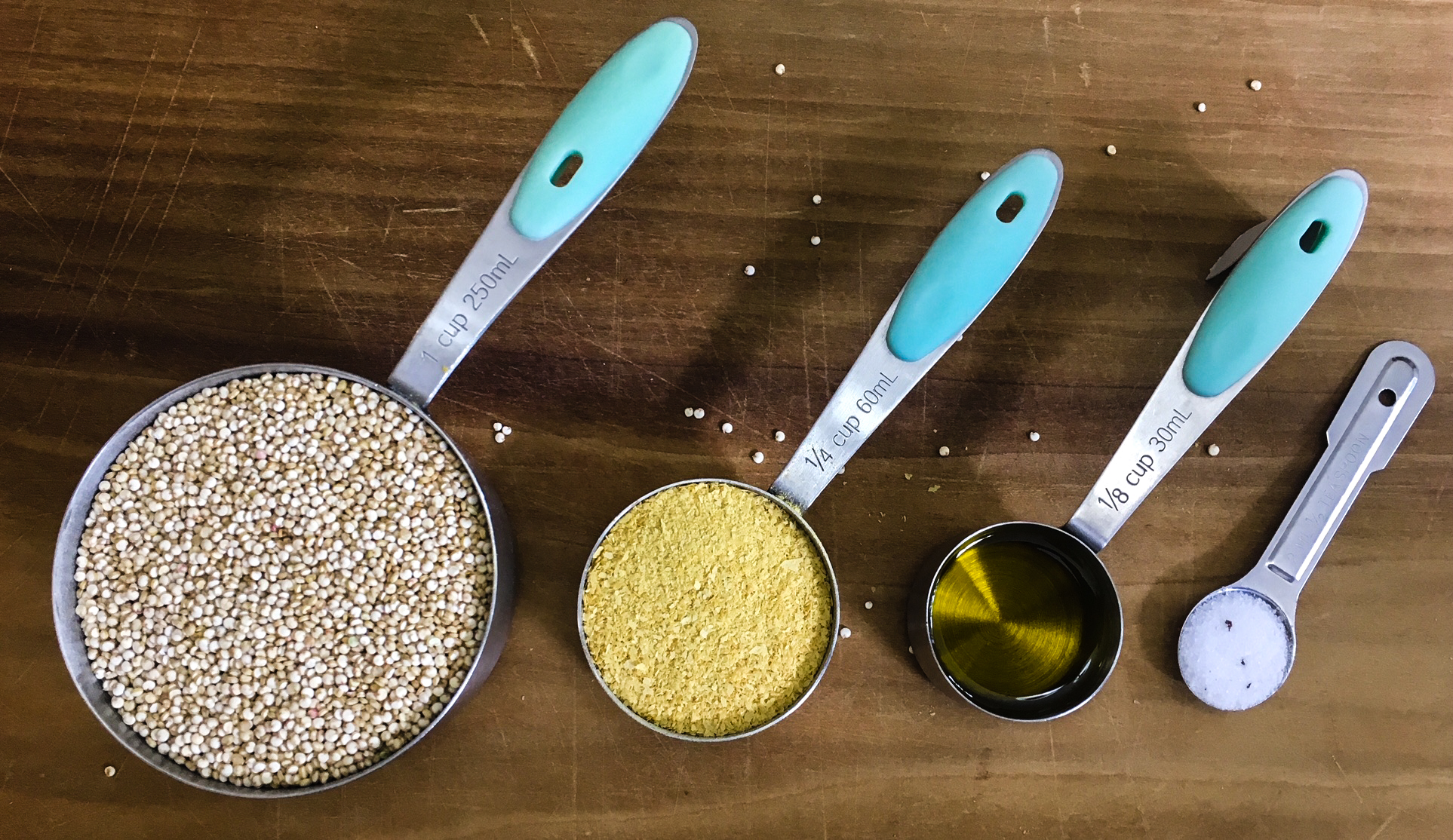 Doesn’t get much simpler than this popped quinoa recipe! There are only four ingredients. From left to right: quinoa, nutritional yeast, extra virgin olive oil, truffle sea salt.

The four ingredients we recommend using are: 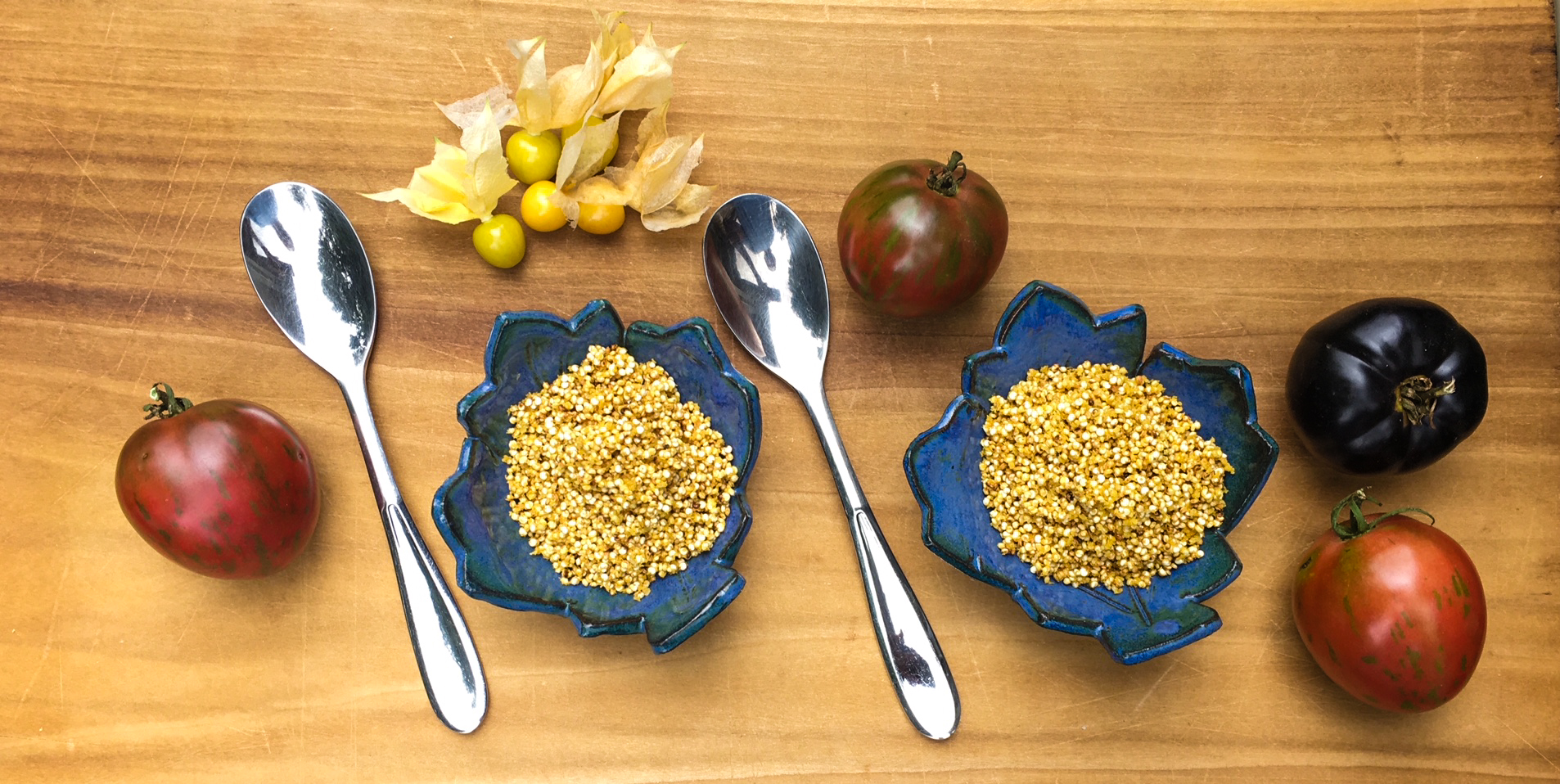 Black truffle popped quinoa recipe served with garden-fresh tomatoes and ground cherries. The combination of sweet, salty, and umami is so good! This combo makes a great snack or light lunch. 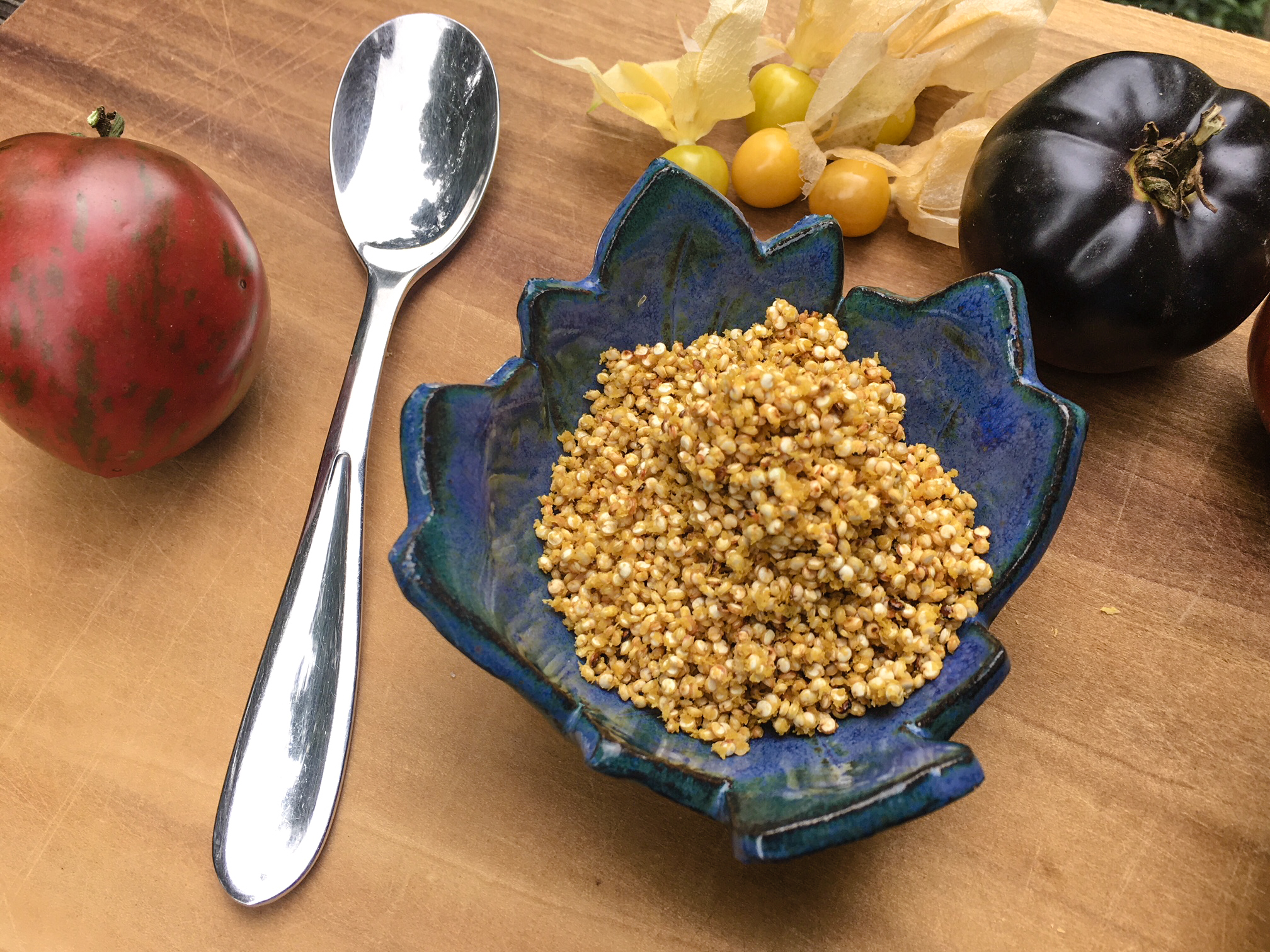 Last tip: this savory, black truffle popped quinoa recipe pairs wonderfully with something sweet and juicy, such as fresh summer produce (hence the tomatoes and ground cherries in the photo).

We hope you enjoy crunching away on this delicious popped quinoa recipe as much as we do. Enjoy!

Please be sure to subscribe to Tyrant Farms to see what's in-season out in nature, have fresh seasonal recipes delivered to your inbox and get helpful organic/permaculture gardening & duck keeping tips.

Thanks for taking the time to stop by and read our blog! :) Click here to learn more about our story, and please subscribe to get our freshest content delivered to your inbox!

We also write for Edible Upcountry Magazine, so be sure to check out our articles over there as well!